x
Exports a billion dollars for the 3rd time in 2020

Sri Lanka’s merchandize exports have surpassed the $ 1 billion mark in September after July during this year,  the Export Development Board (EDB) said.

Export Development Board (EDB) Chairman Prabhash Subhasinghe mentioned; “I am extremely pleased to see $1 Billion of exports in September. I salute the entire export community, our resilient businesses and all employees in the export sector for this remarkable performance. It is the 3rd time this year we have seen a year on year increase of merchandise exports. However, we are concerned about the recent escalation of COVID-19 in Sri Lanka but hopeful of a swift recovery and a stable level of business continuity. Our businesses must continue to be resilient whilst facing the unknown and must have strong COVID-19 preventive measures in order to bring in the much-needed foreign currency for Sri Lanka.” 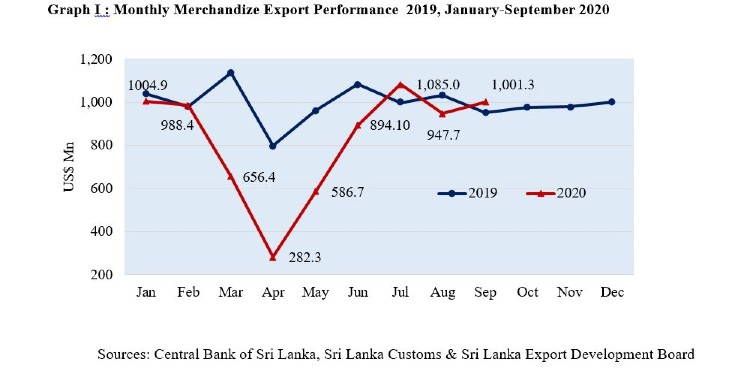 In addition, Export earnings from Rubber & Rubber finished products have increased by 10.54 % y-o-y to US$ 80.01 Mn in September 2020 due to the better performance in exports of Pneumatic & Retreated Rubber Tyres & Tubes (5.19%), Industrial & Surgical Gloves of Rubber (22.7%) and Gaskets, Washers, Seals etc. of Hard Rubber (11.74%). However, exports of Rubber Plates, Sheets Rods of Vulcanized or Unhardened Rubber and Hygienic or Pharmaceutical Articles have decreased by 12.56 % & 30.77 respectively in September 2020 in comparison to September 2019.

Export earnings from Spices and Essential Oils have increased significantly by 24.14% to US$ 38.93 Mn in September 2020 compared with the value of US$ 31.36 Mn recorded in September 2019 with significant increase in export of cinnamon (50.06%). 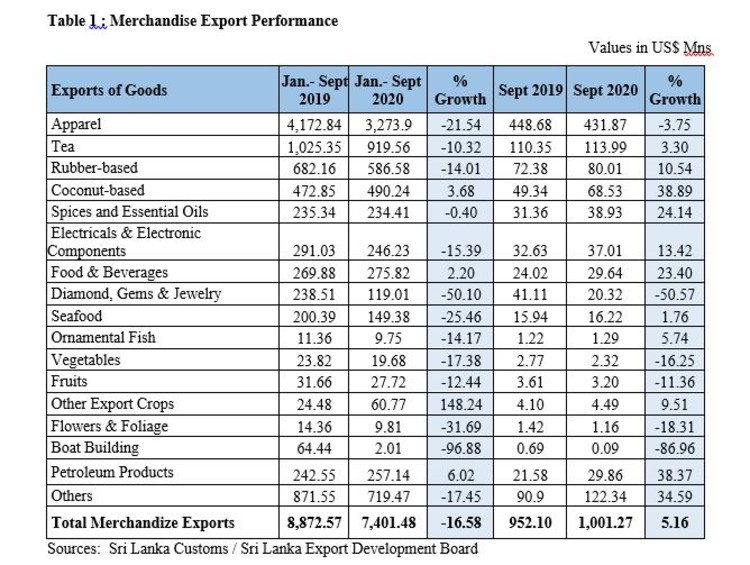 Export Performance during the period of January – September 2020

Earnings from export of PPE (Personal Protective Equipment) related products increased by 42.91% to US$ 636.67 Mn in January to September 2020 compared with the value of US$ 445.51 Mn recorded in the corresponding period of previous year. The strong performance was mainly due to the increased exports of Other made-up articles (HS 630790) and Articles of apparel and clothing accessories of plastics (HS 392620).

Exports to United Kingdom as the largest trading partner in the EU Region recorded an increase of 38.77 % to US$ 114.74 Mn in September 2020 compared with September 2019. 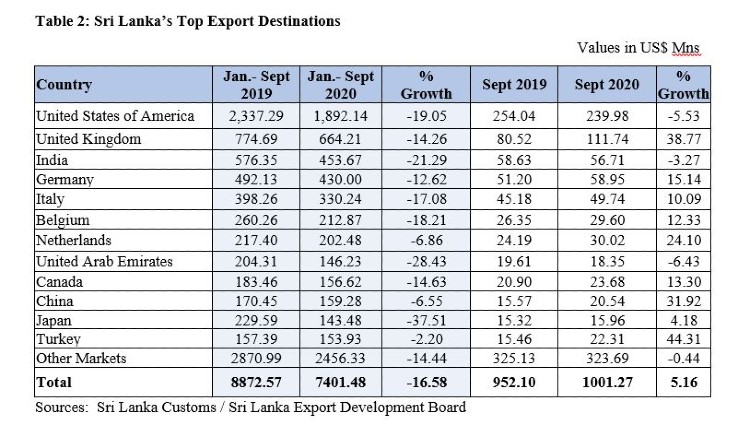 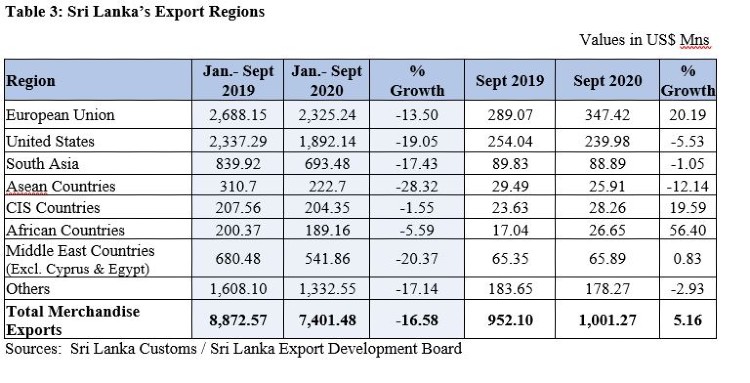 The revised export target of the Export Development Board for 2020 is US$ 13.39 billion and of that we expect US$ 9.57 billion from merchandise exports and US$ 3.82 billion from services exports. During the period January to September 2020, earnings from exports recorded US$ 9.69 billion including the estimated services data for July to September and 72.4% achieved from the revised export target. 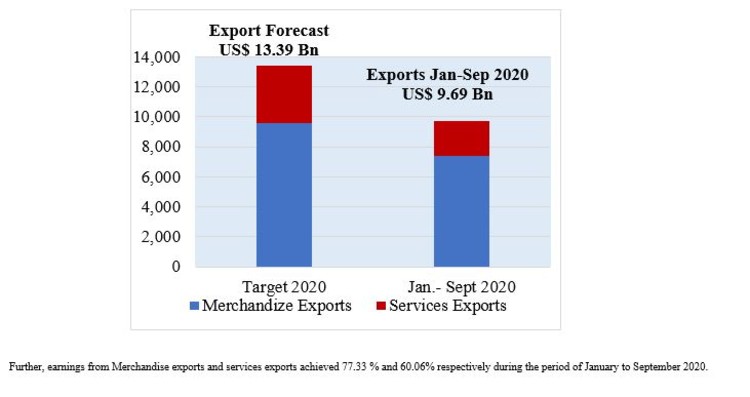