AirAsia Philippines (Z2) marked its first flight to Sri Lanka over the weekend on a ship crew exchange mission to repatriate Filipino seafarers. This is also considered the first ever charter flight launched by the AirAsia group to Sri Lanka in support of the repatriation efforts.

Since the COVID19 pandemic has been controlled within the country, Sri Lanka has been able to come to the aid of the international shipping community by being a safe location for facilitating the change of ship crew, which is critical for the safe operation of ships. In light of this opportunity, Mattala Rajapaksa International Airport (MRIA) – the largest international airport serving Southeast Sri Lanka, is poised to become a hub for international ship crew changes.

The chartered flight departed Manila with 13 international seafarers for the exchange at 8:00 AM (local time) on August 9 and arrived at Mattala Rajapaksa International Airport at 1.50 PM (local time).

Flight Z2 8161 is scheduled to be departed to Manila with 14 Filipino seafarers on August 10 at 2:25 PM (local time).
This initiative was a result of the collaborative efforts of Mack Air – the GSA in Sri Lanka for AirAsia, Ceyline Shipping Ltd, and AASL as the airport operator. The objective of the mission is to assist the repatriation of international seafarers of different nationalities. 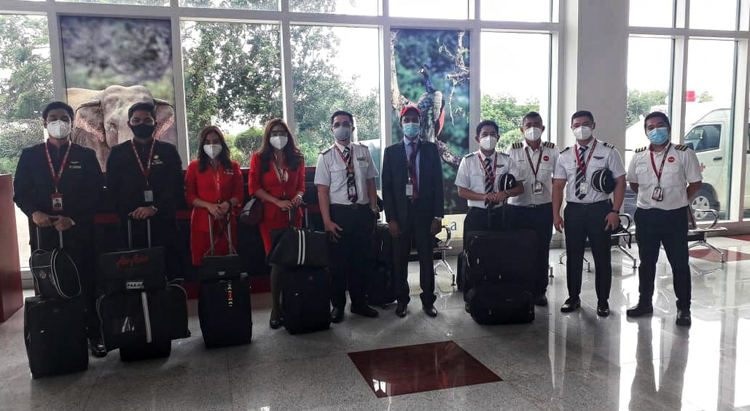